Interview with the Managing Director M. Kosmidis on the Multilateral Bill passed in the Parliament and the developments in the field of Health 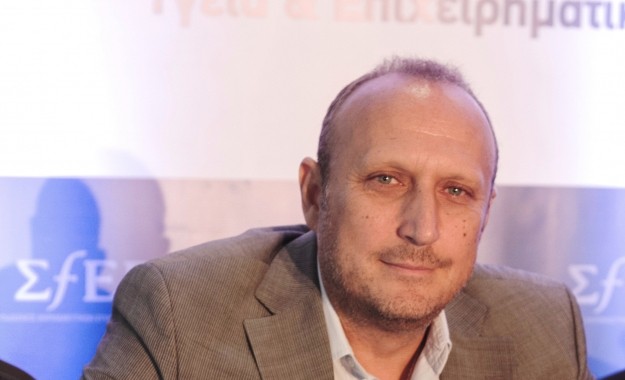 After a long period of negotiations and an arduous effort by the Pharmaceutical Manufacturers to come to an agreement with the government, key demands for the industry – such as the imposition of unaffordable rebates and clawbacks – remain. Today, in fact, the Multimodal Bill being passed in Parliament imposes additional heavy financial conditions on the pharmaceutical industry – especially in the sensitive area of pharmaceutical innovation – such as the additional mandatory 25% rebate on the import of new drugs.

“This would mean a serious risk, not only for the introduction of new treatments in our country, but perhaps even the withdrawal of drugs from the Greek market,” warns the vice president of the Association of Pharmaceutical Companies (SFEE) and president and CEO of the pharmaceutical company Win Medica, Marios Kosmidis.

– Mr. Kosmidis, what is the reason why the government and the Ministry of Health have not been convinced that there is a fiscal interest, as you have repeatedly stressed, that the pharmaceutical industry is doing better, even presenting data for this. Is there finally a “beneficiary” of the conditions of disinvestment that have been steadily created in recent years in our country? Is the Greek economy finally benefiting? The Greek patient?

Ms. Sulaki, in a nutshell, I think that unfortunately the government is not convinced that our industry is part of the solution and not the problem. I also believe that it does not understand that the sustainability of the pharmaceutical care system in our country depends significantly on the sustainability of pharmaceutical companies and their ability to provide medicines to Greek patients.

Let me put it in more detail. Throughout these difficult years of crisis and despite the budgetary constraints, pharmaceutical companies have played a key role in ensuring the right of Greek patients to have unhindered access to the treatments they need. Today, in a closed and given pharmaceutical expenditure budget that is only 50% of the European average, 1 in 4 medicines is given free of charge by pharmaceutical companies to the community through mandatory discounts and rebates. In fact, 1 in 3 medicines is given free of charge in hospitals. However, this has now exceeded its limits and directly threatens the viability of the sector and the functionality of the public health system.

In this already burdened environment, the state’s approach in its effort to rationalise the system is once again limited to horizontal measures, instead of the structural changes that the country needs. Once again, medicine is being targeted, but it accounts for only 15% of total health expenditure, and the remaining 85% is not touched. This approach, therefore, indicates that the State treats entrepreneurship, old and established treatments and innovation as a cost and not as an investment in health care. Yet medicine is an important pillar of the country’s development, contributing 3.5% to the country’s GDP and sustaining 26,000 jobs directly and 86,000 jobs indirectly. Our sector is the country’s second export powerhouse. Today, there are over 150 pharmaceutical companies operating in Greece with 27 factories and strong cooperation between Greek and international companies. Unfortunately, however, we are leading to a situation of disinvestment.

The new measures, especially the unified rebate, which means an additional burden of € 140 million on the pharmaceutical industry and the 25% entry fee on new drugs, lead with mathematical precision to the impossibility of new drugs entering the Greek market, resulting in health deterioration, the inability to meet clinical needs and the negative impact on investment and employment, while they have an uncertain fiscal effect. Unfortunately, therefore, there are no ‘beneficiaries’, on the contrary, the situation hurts healthy entrepreneurship, but also the Greek economy, as it does not ensure solid fiscal benefits, but, above all, it hurts Greek patients.

– Do you currently know exactly how the reimbursement of new medicines will evolve based on the new data? Have details been clarified, which may determine the introduction of new treatments in our country, or are there still “grey areas” that may bring unpleasant twists and surprises in the future in the innovative pharmaceutical coverage of Greek patients?

As we read in the multi-bill, it is going to implement a system with two filters (external and internal criteria). The external filter is a proportionality system [i.e., a new product should be marketed in at least 9 countries, reimbursed in 2/3 of the countries where it is marketed, of which 50% should have a Health Technology Assessment]. The proportionality of the external filter creates the following paradox. As the number of European countries where a drug is marketed increases, it becomes more difficult for it to be reimbursed in Greece, whereas the opposite should be true. In addition, and after the successful completion of the external filter, the new drug will also have to be evaluated by a number of criteria related to the internal filter (4 other criteria). Needless to say, the two ethics cancel each other out. This is because it is quite obvious that countries where a new drug is already on the market have already included some or all of the 4 criteria. So either apply the external filters or the internal ones. Both together is simply absurd.

In short, we have a proposed reimbursement system that is absurdly inconsistent and with criteria that we do not understand whether they work cumulatively or in combination and a number of unanswered questions that need immediate clarification.

In any case, as presented, it is easy to understand, without being an expert, that the entry of new drugs in Greece will be delayed by 2 to 4 years or not at all. In fact, if these measures are applied retrospectively, it may potentially result in the withdrawal of medicines from the current positive list. Not only new treatments but also existing treatments are therefore at risk. And the consequences of this policy for public health and Greek patients are obvious. Not only will they not have access to new life-saving treatments, but they may be deprived of existing ones.

– What is your response as Vice President of SFEE to the argument – which was recently put forward by officials, i.e. by the Minister of Health himself, Mr. Xanthos, at the meeting of European Health Ministers held in Malta earlier this month – that the pharmaceutical industry should limit its revenues for the benefit of insurance funds, whose viability is in serious danger?

Across Europe, health systems are facing major challenges such as an ageing population, increasing life expectancy and an increase in the number of chronically ill people. In addition, poor populations, the uninsured, the under-insured, the under-retired, and refugees need access to treatments.

These problems together with the persistent recession are likely – combined with high levels of public debt – to make the problem worse, and there is no certainty as to whether pension funds and social welfare institutions will be able to deliver on their promises in the medium term. On this point, therefore, the Minister is right. Where he is wrong is in the policies that are being pursued.

Greece is facing these major challenges, all with protectionist market interventions, expansion and over-regulation – all signs of a knee-jerk policy response – that ultimately increase and further deepen structural deficits.

Due to the budgetary recession and the memoranda of understanding, pharmaceutical expenditure has been reduced by 60% in the years of the crisis (it is only 50% of the European average) and is insufficient to meet the needs of the population. However, something else is happening in Greece that is not happening in any other country: With an imposed “closed budget” of around €2 billion, it is obvious that the quality of care for patients is compromised and their participation in treatments is burdened.

At the same time, the widespread application of mandatory rebates and clawbacks, which amounted to €1 billion in 2016, on the one hand demonstrate that pharmaceutical expenditure is not sufficient, while on the other hand they create a difficult climate for businesses that are faced with high losses that, combined with the lack of liquidity, will face an essential issue of survival.

– From your position, as Chairman of the Board and CEO of the pharmaceutical company Win Medica, as we learned at the last very interesting Health Innovation Conference, you filed a petition to the Council of State for the suspension and cancellation of the clawback, because for three years your company has been recording negative balance sheets and you even stressed that it is possible that you may even appeal to the European Courts. Why did you take this action? Is there any chance that other pharmaceutical companies might follow your example?

Increasingly stringent public policies – in particular policies to put pressure on drug prices – threaten to erode the culture of innovation in healthcare and the viability of businesses. From such a logic, our company is severely affected by recording negative balance sheets in the last 3 years and not being able to meet the payment of the exorbitant charges. And this is unfortunately further exacerbated by one-sided and biased public debate that ignores the built-in uncertainties that are part of a knowledge-based industry such as the pharmaceutical industry.

In this harsh environment in the often emotionally charged healthcare debate, action is required, with the sole priority of business sustainability. So we have therefore resorted to legal action considering the demands for reimbursements to be unreasonable and excessive but also opaque in the way and the data from which these demands are derived. And as far as I know our example will be followed by other companies.